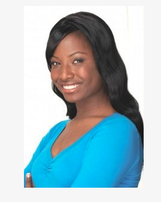 Alison Kay Jones- Actress/Model born in Jersey City, NJ. She holds a degree of honors in Communications with a Concentration in Theatre from William Paterson University. Alison has participated in a number of shows at WPU, Virginia Union University, Living Word Theatre, and Off-Off Broadway at The American Theatre of Actors. Alison has also performed in the musical One of Us, in collaboration with Hezekiah Walker Love Fellowship Church! Alison is also working on a gospel musical and she is continuing her success by writing an upcoming play and feature film based on a book called His Blood Cries Out For Justice by Walter Chandler. Find out more information on Alison at www.AlisonKayJones.com 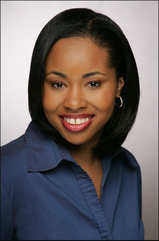 Andrea Guthman was born and raised in the heart of Jersey City. She graduated from New Jersey City University where she studied mathematics and music.  Although she’s been singing before she was capable of speaking in full sentences, most people know her for her keen ear and her ability to distinguish musical parts.  Coming from a father who mastered multiple instruments and a mother who has been a choir director for many years, she has developed a love for gospel music. Andrea's musical anointing has led her to serve as a background vocalist for several well-known artists, lead vocalist for several groups, director of several choirs and ensembles, musical director for plays & other productions, and a gifted songwriter & arranger. Andrea is currently a member of the Jersey City First Wesleyan Church where she serves as a worship leader and choir director of Unashamed, a musical group who has won several competitions under her leadership. Andrea is grateful to all who have inspired her and took part in developing her skill, and she desires to continue using her musical gifts to encourage and build up the kingdom of God, both locally and abroad. 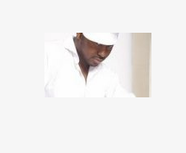 Shawn Greene was born in Paterson, NJ but now resides in Jersey City, NJ where he is a devoted husband, loving father of 3 beautiful children, and serves as Pianist and sound reinforcement engineer at Redeeming Power Ministries where he and his family currently attend.. Shawn has studied Jazz Improvisation at Bergen Community College in Paramus, NJ but attributes his anointing &  gift for music to God alone.... Shawn has had the privilege of traveling  overseas to countries such as Europe, Belgium, and France to name a few, with choirs, and local groups to minister & encourage the people of God... Shawn is well known for  having an over whelming desire to please God in all he does.... Shawn produces, arranges, and writes his own music, and is eager to share it with the world... He thanks God for his life, family, and every opportunity that has been given him to minister in music.