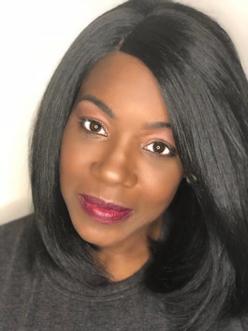 Mishawn Pristell as Queen Jezebel is a business analyst project manager for UBS. Her talent as an actress she will tell you, is driven by her love for the ministry that God has for her. Having worked with Get Write entertainment acting as character “Samantha Harris’ in the acclaimed stage play hit  Underneath it all to  a military leader in end times gospel stageplay The Hour and now with the upcoming stage play "The Tea" -   Interview with the stars , God continues to move. 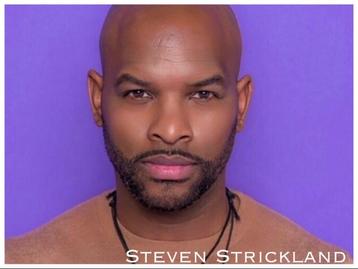 Steven Strickland as Noah is actor, director, and host from Newark, NJ. Steven has performed in and directed numerous theatrical productions, films, and is one of the most sought after hosts on the East Coast.  Steven’s phenomenal ability to captivate audiences is a testament to his love for the craft. His Motto: "DO WHAT YOU LOVE. LOVE WHAT YOU DO!" 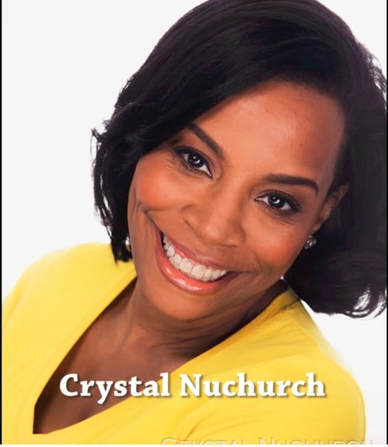 Crystal Nuchurch brings with her a great amount of experience, knowledge and talent in the   areas of Theatre, Film, Television, and Modeling.  Accolades including a few of her   performances in theatre: Color Blind (Pro-Black Female), Little Shop of Horrors (Singer), Five   on the Black Hand Side (Daughter), and Her one woman show entitled Reflective Mind.     Some film and television credits include, her most recent role in the upcoming Movie His   Dying  Wish (Lead Janet Harper) roles in  Malcolm X (Protester), Money Train (Train Rider), and   television series Dirty, Sexy Money (Dinner Guest) , just to name a few. Her modeling credits   include, modeling for the renowned John Blassingame. Crystal was a model in the New Day   Associates Fashion & Modeling Extravaganza.
Crystal currently holds a degree in Fine & Performing Arts from Bloomfield College in   Bloomfield, New Jersey. Crystal always tells people that her talent is a gift from God. She has   had the opportunity to work with actress Phyllis Yvonne Stickney in the Stickney Experimental   theatre project in 2012. She has also attended the TSAW workshop where she worked with   actress Tasha Smith in 2014. Crystal is also a member of Sag/Aftra. 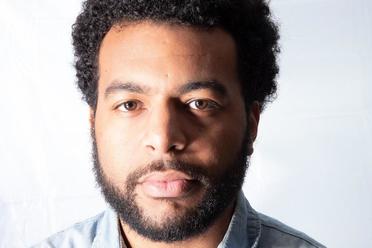 Dante Burgess as Moses has been acting for a year and has studied at AMAW in New York City.  He has appeared in 2 short films that have been submitted to the Indie Film Fesitval.  Most recently he had a supporting role in a play entitled “Ollie.” He has also been casted for the role of Moses in the upcoming play “The Tea - Interview with the Stars” 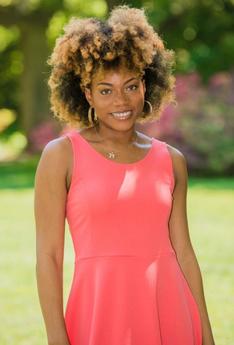 Alexcia's most recent work was a Theater production entitled “Why Black Men Hate
God. She played a psychotic demon who was one of the devil’s henchmen bent on
foiling God’s plan. Prior to her most recent role, Alexcia landed a lead role for a
Theater production titled the “The Hour” as Charise. Alexcia’s unique talents are
being able to speak in a variety of different dialects ranging from Urban, African,
European, Jamaican, and even Brooklyn Italian. She can perform several different
impressions to a near perfection from cartoon characters to even real-life people.
Some of Alexcia’s hobbies are reading, playing basketball, dancing, and working
out. She is also a Project electrical engineer manager for a major construction
company based in New York City. She spends a lot of her time when she is not
working supporting and loving her three-year-old daughter Arianna Gabrielle. She
is a native of Queens, NY but currently resides in Jersey City, NJ. 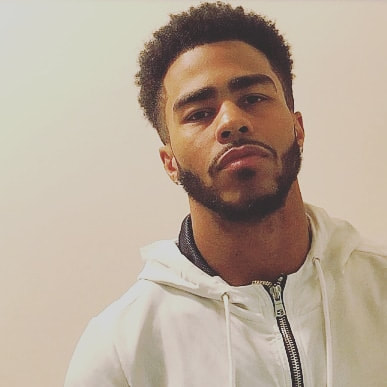 Shamoir’s most recent work was a Theater production titled “Why Black Men Hate God.” He played a   troubled youth who was also a highly active gang member. Shamoir’s unique talents are speaking in a   variety of dialects ranging from Urban, African, European, and even Russian. He can perform several   different impressions to a near perfection from cartoon characters to even real-life people. Some of   Shamoir’s hobbies are reading, drawing, working out, cooking, and also writing a science-fiction graphic   novel.  He spends a lot of his time when he is not working to support himself building his character and   striving to be the best version of himself. He aspirers to be a light unto others whenever he can through   positivity and spirituality to promote change in the world. A native of Jersey City NJ, where he still   resides today. 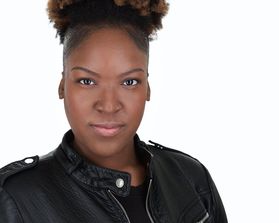 Ciara was born an actress. As a child she knew most of the scenes from her favorite movies by heart. She   could often be found in front of the mirror performing dialogue or  playing cops and robbers with her siblings.   To hone her craft she enrolled in the NJ School of Performing Arts in Bloomfield, NJ. Shortly after she began   landing roles in stage plays. She played Eurydice in "Polaroid Stories", Bathsheba in "Housewives of the   Bible", Jillian in "Ollie" and most recently Delilah in "The Tea: Interview with the Stars. Ciara is forever a   student of the art of acting, yet never loses sight of that little girl inside who just loved to perform. 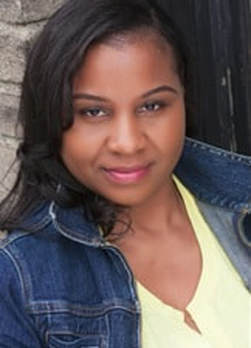 ​ Malissa Y.Myers was born and raised in New Jersey, where she is a devoted mother, Assistant Director and working actress.   Malissa is extremely grateful to be working alongside so many independent writers, directors and talented artists. She has   been involved with various stage and film productions and is excited to work with Get Write Ent. for a second time on this   amazing production. Malissa’s most recent work includes touring to L.A. for the encore presentation of Blinded by Love in   the  role of Cassie, written and directed by Rhonda Holmes-West. In this past year, Malissa was also casted in the sold-out   production of Her Dream, His Nightmare, in the role of Karla, written and directed by Nakia McCall. 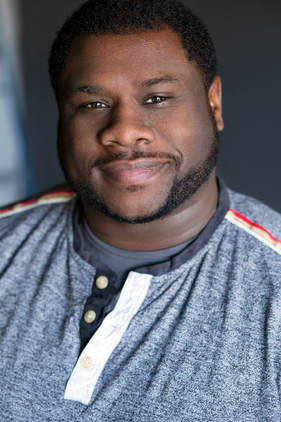 Shaheed K Woods was born in Jersey City New Jersey. Since childhood, Shaheed has had a knack for   entertainment. In   his childhood he found that he had a gift for mimicry, a gift that he has maintained and   perfected as he aged. ​​ As he grew   older, his sights were set on performance and the art of spoken word.   This fueled his talent and helped him enhance his   craft.  He began penning short film scripts, and took to   directing a short film of his own entitled “Other side of the Coin”.   His love for the art form blossomed and   became a passion. After trying his hand at stand-up comedy, he ventured into   voice over work, directing and   short films. He is now directing “Mother In Law” with the AsheNandi stage company and   which is now in pre   production of becoming a webseries. Shaheed K Woods,actor, writer, director and a Beacon of Light  to   many. 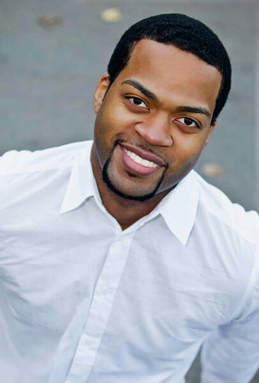 He performed acting as well as dancing early on at Holy Trinity High School in Hicksville, NY. He later studied   dramatic   acting at St. John's University. Bryan has amassed credits  on several films and TV shows such as   Boardwalk Empire,   Friends with Benefits, Celebrity Ghost Stories,  and Those Who Kill starring Chole Sevigny.     He's scored a lead role in   the  film Night Club, which starred Ernest Borgnine, Mickey Rooney, Sally Kellerman,   and Natasha Lyonne from Orange   is the  New Black. From that same film, he earned a Best Breakout   Performance award at the 2011 Long Island Film   Festival.   Recently, he wrapped up an action film titled   Vendetta Games where he plays the major villain. 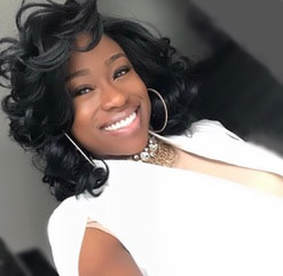 ​Chamise-Renée, is considered a jack-of-most trades.  Her dance experiences began at the age of three with   Dance   World Academy in New Jersey and continued strengthening her skill set at Broadway Dance   Center in New York City.  Her interest in the arts grew with her acceptance into the Shirley Grant Talent   Agency.  As a previous member of SAG,   this exposed Chamise Renée to print work for major brands and   department stores, as well as TV commercial features.   Realizing early that she needed a “Plan B” - this lead   Chamise Renée to become a dental professional with over 17   years   of experience. Intrinsically, she is   dedicated to her passion for creativity and her many facets of dance.  Chamise’s runway walk and music     video appearances have given her the skills to reach across a broader audience. She   has played in many   theatrical plays including the lead role (Bailey) in the off Broadway production Dimensions and her   most recent role as Esther in the play Intimate Apparel. Chamise-Renee aspires to inspire people of all ages through self  expression, creative confidence and self love. She is also an active member of Latter Glory Church.  Her ultimate goal is to empower the youth and provide a facility where they can express themselves through the arts.
​ 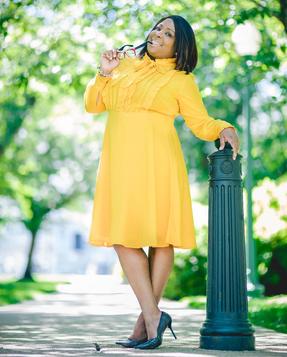 Stephanie E. Baker has been Blessed with the unique gift of bringing people joy through humor....Actress,   Radio   Personality, Host, Motivational Speaker and Comedian Stephanie Elizabeth, a  native Washingtonian   and a natural born   actress, she started entertaining her family very young, whether it be on holidays or just   a  regular day at her home.   Stephanie got her first role at age 7 playing a munchkin in The Wizzin.  Always   the brightest light in any room she   maintained her natural spunk and used her comedic personality as she   grew older and onto stages. Union Temple   Baptist Church was the platform that got to experience   Stephanie more frequently and intimately as she starred in   almost all of their church productions.     FANYMEETSPHANE is a endeavor that just came about this year that features   Stephane & Stefany in a c   comedic duo setting via Facebook, Twitter, Instagram and You Tube. Stephanie has come   upon a new   endeavor as she is now putting her talent to writing for a new webseries Being  On Top which will be     coming out in 2018.  Eyes have not seen, Ears have not heard all the magnificent things that are to come in t   this young   lady’s future. Stephanie believes that laughter keeps the heart full joy; her favorite motto is LOVE  GOD ALWAYS, LIVE   WELL ON PURPOSE AND LAUGH HARD!!!